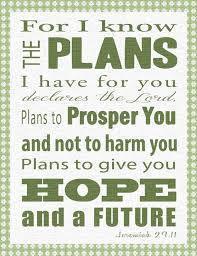 In 1974, Thomas O. Tucker rededicated his life to the Lord in NJ, where he began his lifetime commitment to God.  In 1975, he enrolled at Bethel Bible Institute in Queens, NY and graduated with Evangelism, General Bible and Post Graduate courses.  In March of 1977, while a student, he was licensed and ordained to minister the gospel at Progressive Baptist Church in Rahway, NJ.  Beginning in 1975, Evangelist Tucker participated in evangelistic outreach programs involving door-to-door outreach, prison ministry, senior citizen home ministry, outdoor crusades and street evangelism.

While employed as a Chemical Technician at Exxon Research & Engineering, Linden NJ in 1981, the Lord called him to minister to migrant and seasonal farm workers in the fields and farm camps of North Carolina. Evangelist Tucker purchased a step-van and accumulated a yearly inventory of clothing and food for the farm workers, with donations from various groups and ministries in NJ, NY, Long Island, and CT through his membership with the Pentecostal Council of the Assemblies of God, Inc., located in Queens, NY.  He also volunteered and partnered his resources and services with the State Funded Migrant and Seasonal Association in Bethel, NC.

In the fall of 1984, Evangelist Tucker married A. NaDene Waden from High Point, NC.  Four years later, under the guidance and spiritual covering of Bishop Mack and Pastor Brenda Timberlake, his title Evangelist was replaced with the title of “Pastor”, and Evangelistic Life Ministries Inc. was born.

NaDene Tucker was ordained as a minister in October 1993 and joined her husband as Co-Pastor. She speaks at a variety of Women’s Fellowships, Conferences and Revivals. She ministers on the facets of living a spiritual life dedicated unto the Lord and strongly believes that attitude is everything.

Co-Pastor NaDene believes that Pastor’s wives should support their husbands in ministry.If asked what ministry is, she will respond that it is the ability to meet the needs of people regardless of race, creed, color or socio-economic background through love and the Word of God.

They have four children and twelve grandchildren.